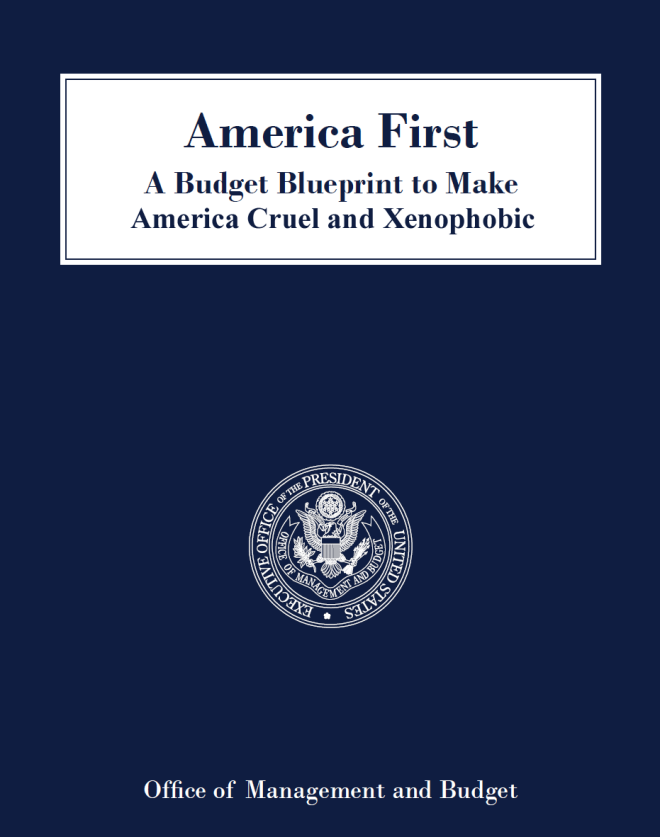 This thin 62 page PDF (which includes 8 blank pages) is a poorly documented and fanciful précis of the Bannon/Trump blueprint for “deconstruction of the administrative state.”

The proposed budget would eliminate the following federal agencies:

For biomedical scientists, the most distressing section was this:

This is extremely alarming (but so vague and poorly written that it’s hard to infer the exact intent here). The NIH has broad bipartisan support, so such a massive gutting is unlikely. On the other hand, Trump has said, “I hear so much about the NIH, and it’s terrible.”

The document is filled with unsupported claims:

The Environmental Protection Agency (EPA) would be among the hardest hit, with 3,200 fewer positions and a 31% cut in funding. This is no surprise, since deregulation is more important than clean air and drinkable water. 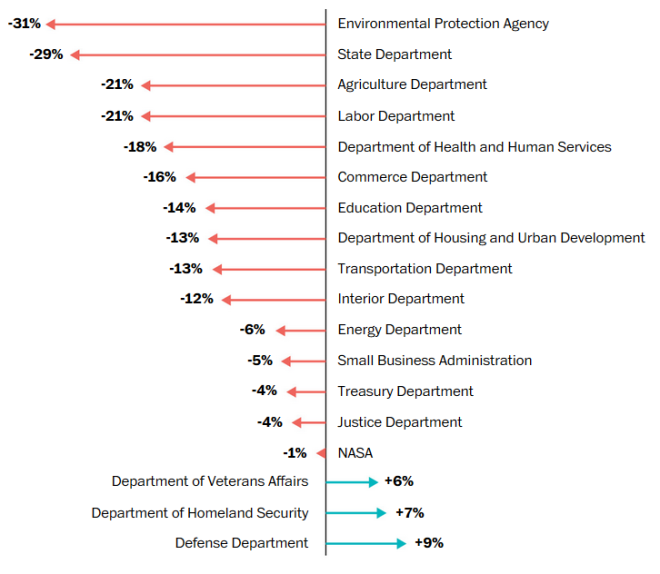 Those of us with a conscience don’t have to accept this sadistic budget by Bannon and co., which is designed to outrage and infuriate. Write or call your representatives NOW.